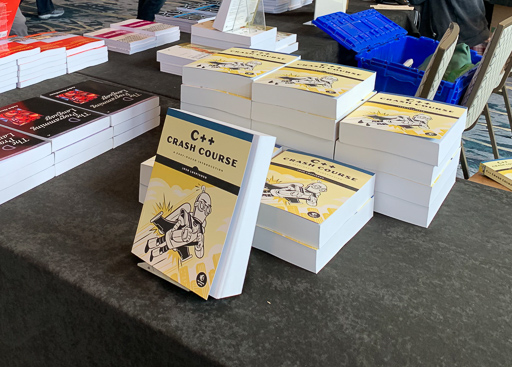 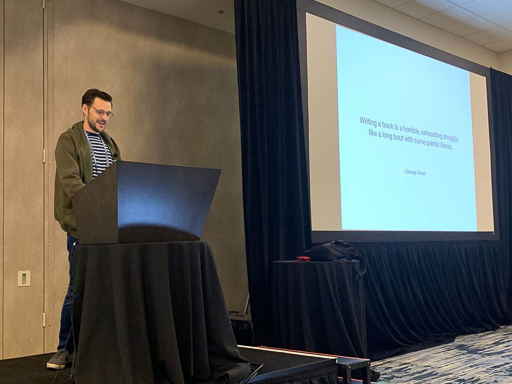 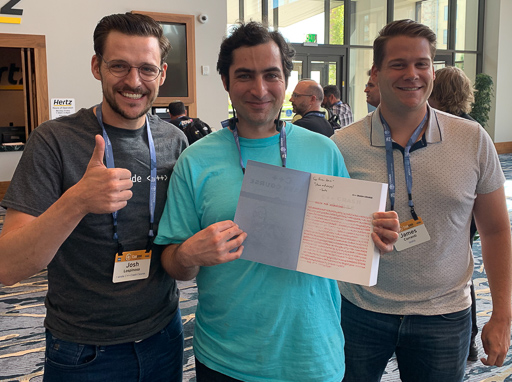 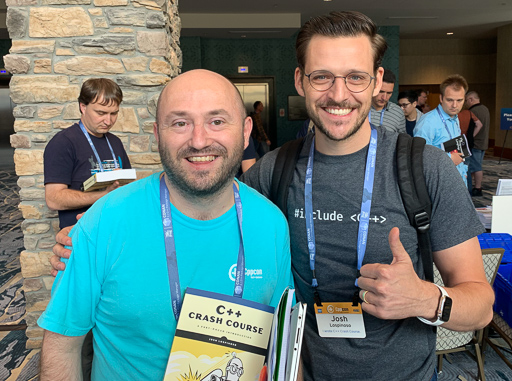 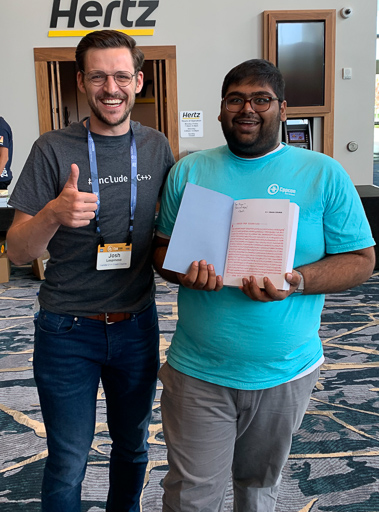 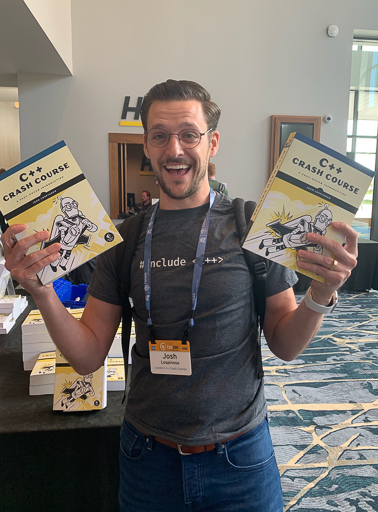 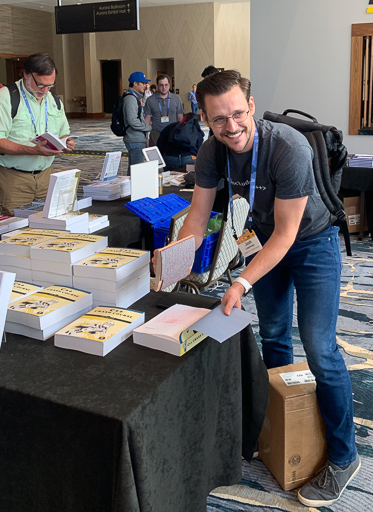 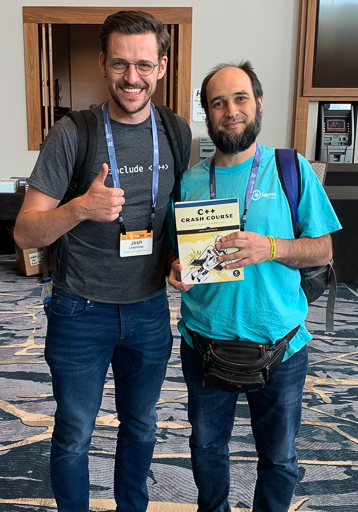 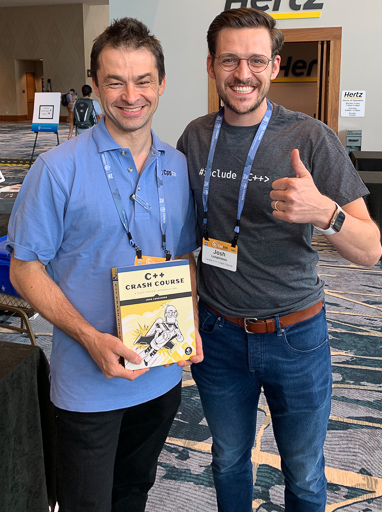 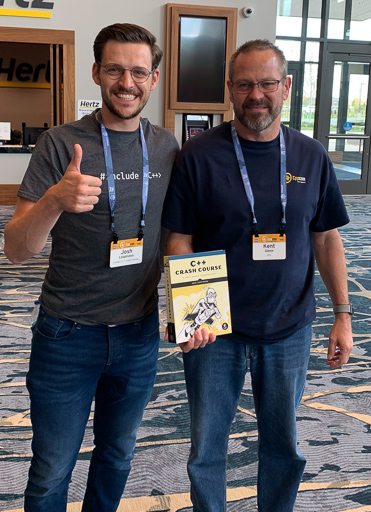 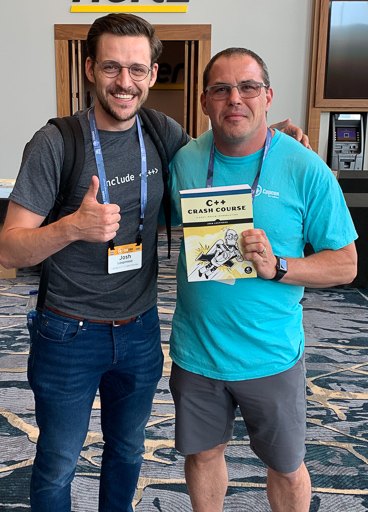 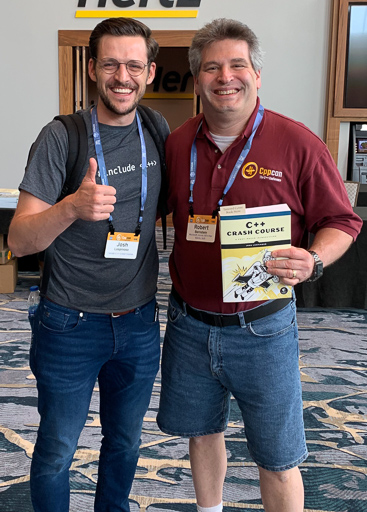 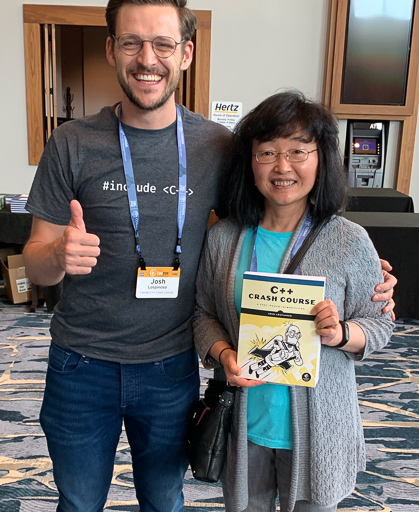 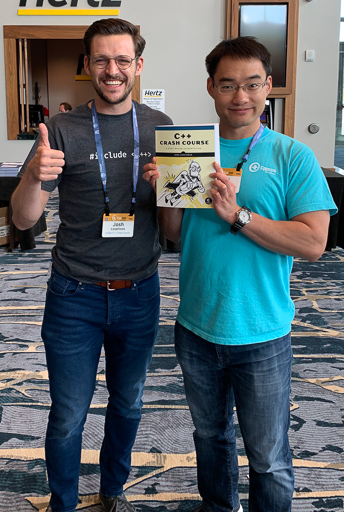 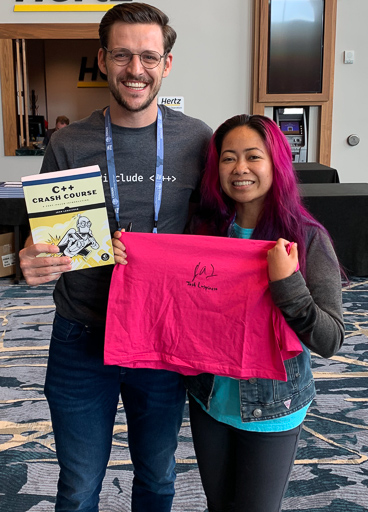 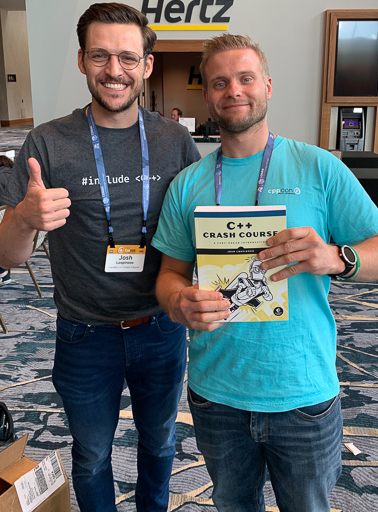 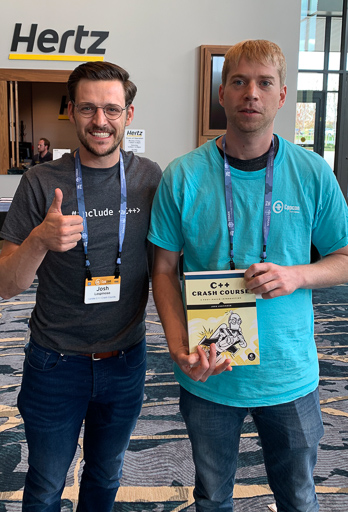 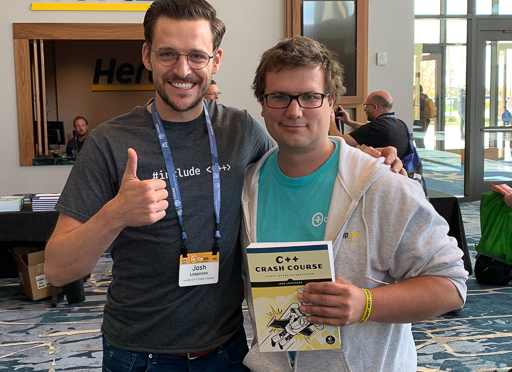 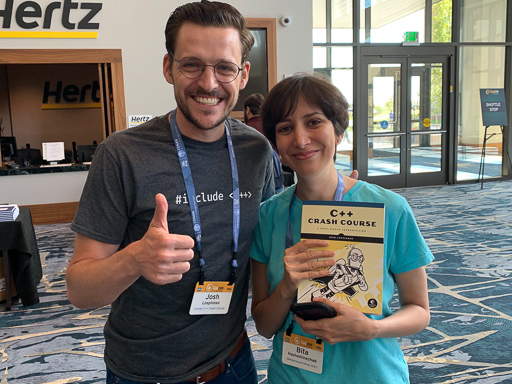 Ask your local bookstore for a copy.

Or if you're not into the in-person thing, order online! You can use coupon code JOSHCCC for 30% off at No Starch Press.

Say Hi, or Leave a Review

What do you think?

A fast-paced, thorough introduction to modern C++ written for experienced programmers. After reading C++ Crash Course, you’ll be proficient in the core language concepts, the C++ Standard Library, and the Boost Libraries.

C++ is one of the most widely used languages for real-world software. In the hands of a knowledgeable programmer, C++ can produce small, efficient, and readable code that any programmer would be proud of.

Designed for intermediate to advanced programmers, C++ Crash Course cuts through the weeds to get you straight to the core of C++17, the most modern revision of the ISO standard. Part 1 covers the core of the C++ language, where you’ll learn about everything from types and functions, to the object life cycle and expressions. Part 2 introduces you to the C++ Standard Library and Boost Libraries, where you’ll learn about all of the high-quality, fully-featured facilities available to you. You’ll cover special utility classes, data structures, and algorithms, and learn how to manipulate file systems and build high-performance programs that communicate over networks.

You’ll learn all the major features of modern C++, including:

You can clone the repository:

So long as you have CMake, Boost, and git installed, you can then build all the examples with an out-of-source build:

To report an erratum, please submit an issue on Github https://github.com/JLospinoso/ccc/issues.

Foreword: An Overture to C Programmers

Chapter 1: Up and Running

p. 662: Effective Concurrency: Know When to Use an Active Object Instead of a Mutex